Hi, my name is Jack Donald, I am a left handed guitarist from Nottingham in the East Midlands.

What got me started as a musician

I have always had a keen interest in music, you could say it runs in my blood. My mother ‘Jools’ has sang in local bands for years. Since leaving college she has run her own very successful music teaching business in Nottingham, the acclaimed Julie Donald’s Music School teaching piano, keyboard, singing, music theatre, music theory and private GCSE and AS/A2 level music.

My father Paul is a vocal coach who runs a successful teaching practice and is also a professional entertainer working under the stage name of Paul Laine. He has worked the length and breadth of the country over the years. He started out as a guitarist in bands before working in a duo with my uncle Gary Fletcher who is also a fantastic pianist and keyboard player working mainly in and around Blackpool, he has even played the famous Blackpool Tower.

If we go even further back than that, my late Grandfather Barrie Barton was a professional entertainer from the age of 15, he was in numerous bands from the Hull area in the early 60’s and was a founder member of the highly successful comedy duo ‘The Barton Brothers’ during the 60’s, 70’s and 80’s.

When did I start to play

I started to play my first instrument when I was 5 years old, I began having weekly drum lessons and learnt to read drum notation, this continued up until one day I picked up the guitar, started messing around with it for a while and realised that it was the instrument for me. I started having guitar lessons and had the same guitar teacher in Nottingham from day one, a fantastic friend, guitarist and brilliant guitar teacher ‘Ian Devenport’ and have never looked back since. 30 minute lessons became 1 hour lessons then 2 hour lessons every week, sometimes more.

Through all the hard work over the years and putting it into practice as a gigging musician I am also a guitar teacher, If you are looking to learn how to play the guitar or further enhance the skills that you already have then I am available for guitar lessons in Nottingham through Julie Donald’s Music School.

I am a left handed guitar player otherwise know as a lefty or southpaw, this has never been a problem apart from the frustration of not being able to walk into the majority of music shops to actually try out a guitar before deciding to buy one. Guitars are all about feel as well as sound and so on numerous occasions I have had to travel up and down the country just to be able to demo a left handed guitar, a small price to pay to get the feel and sound I actually wanted.

At aged 14 I became one of the youngest people worldwide to have passed the Internationally acclaimed RGT Guitar Performance Diploma, I passed with the highest possible marks and I now have the letters ‘DipLCM’ after my name. I have since also passed the Associate of the London College of Music – ALCM Diploma so now officially known as Jack Donald ALCM, DipLCM.

What Music Do I Play

I like and play all genres of music but I am a rocker at heart with some of my favourite bands being, ‘Simple Plan’ ‘ Avenged Sevenfold’ ‘System of the Down’ ‘Iron Maiden’ ‘Queen’ and lots more heavy stuff but I started out by learning to play the whole back catalogue of ‘Cat Stevens’.

Some of the bands I am currently a guitarist for are very Rock/Modern Country orientated so recently I have been playing a lot of ‘good ole country’.

I have played as a regular band member at open mic nights in Nottingham which has been a fantastic experience for me, it helped me to learn all styles and genres of music, one minute we would be playing the latest chart songs, the next it could be Jazz, Reggae, Motown, Soul, Country or anything in between. We played the lot.

I am currently a member of a few local bands but I am constantly on the lookout for other opportunities to work with other musicians as a Nottingham guitarist. 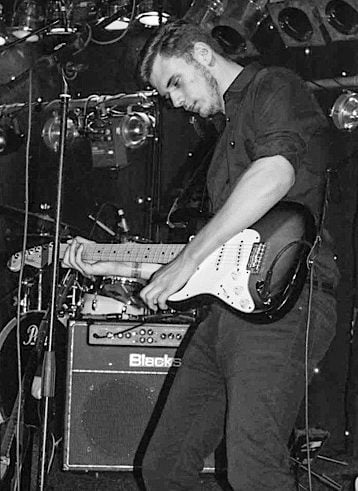